American Grim have released a new music video for their track “Breathe” today. Directed by vocalist Ryan Grim, the video follows the eye-catching video for “Nightmare,” which was released late last year.  (Link to that video: HERE)

“The world is continuously changing and creating new obstacles and anxieties in our daily life,” says Grim. “‘Breathe’ is a song written to showcase good and evil in people, the decision to live, and the feeling of wanting to die and overcoming those feelings with a sense of living positive and optimistic.” 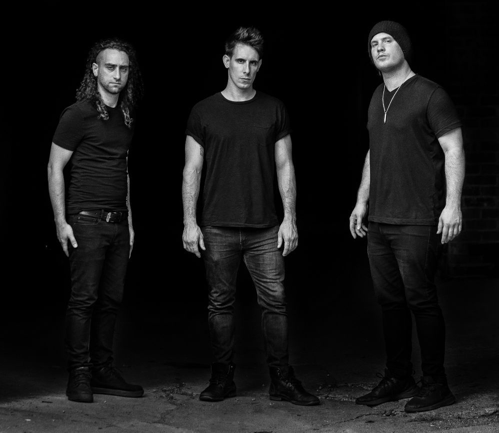 Challenge the status quo. Shake up the culture of fake outrage. Break free from the bonds of self-defeating ignorance. There’s no reason to despair within this dystopia; we have the power to escape mindless obedience. This is the primal punk-style message at the heart of AMERICAN GRIM, a heavy music battalion whose sinister “shock rock” is aimed squarely at conformity.
AMERICAN GRIM stands against those who would exploit our insecurities and exacerbate our social media-driven hunger for validation. The New Jersey trio makes anthems for the downtrodden, the dismissed, and the dispossessed. They champion independent thought, individualism, and above all else, freedom of creative expression. Like Emma Goldman once famously said, “It’s not my revolution if I can’t dance to it.” Or in this case, smash shit to it. Music is their weapon. The stage is their battlefield.

AMERICAN GRIM conjure the rich history of theatricality found in cinematic horror and dark literature, with the unrelenting energy of traditional hardcore, the massive propulsive hooks of post-industrial, and the unashamed weirdness of classic nü-metal. Devotees of Slipknot, Korn, Rob Zombie, and Marilyn Manson have all found a home within AMERICAN GRIM’s music, while fans of groups like Hatebreed recognize something familiar about the delivery and aggression.

“‘Ultra Black’ pushes the concept that evil persists through this world and universe but you can ALWAYS overcome and kill any demons that crawl inside your mind,” Grim finished. 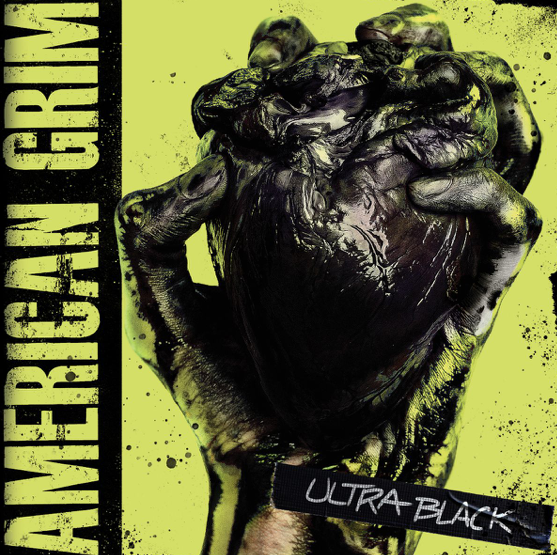