“Truth and Ruin” is the title track off the quintet’s upcoming new album, Truth and Ruin, out September 11th on Artoffact Records. Pre-order the album, HERE!

Quiet’s dramatic, organ-heavy songs are saturated with respect for the hard rock and heavy metal titans of the late ’70s and early ’80s – there are traces of blazing Deep Purple jams and hellbent Judas Priest bangers – but the band rocks with a prowess all its own. Dead Quiet respects its elders while fully owning its own craft. It is a fine balance, which brings to mind Ghost, among others.

Vocalist Kevin Keegan, formerly of Metal Blade band Barn Burner, has range and charisma in spades – in 2018, Metal Hammer declared that he might be “the next great stoner rock visionary.” Of the new album’s lyrics, Keegan says: “I had a really rough year and the inspiration came from there. I was in a really unhealthy relationship, I had some friends pass away, and I experienced some real trauma in my line of work as a frontline worker dealing with the fentanyl epidemic. [My bandmates] Brock, Dana, and I all work in the Downtown Eastside of Vancouver as mental health, overdose prevention, and harm reduction workers.”

Truth and Ruin was engineered and mixed by Jesse Gander (Japandroids, White Lung) at Rain City Recorders in Vancouver, BC. It was mastered by Alan Douches (Mastodon, Chelsea Wolfe) at West West Side Music in Hudson Valley, NY. 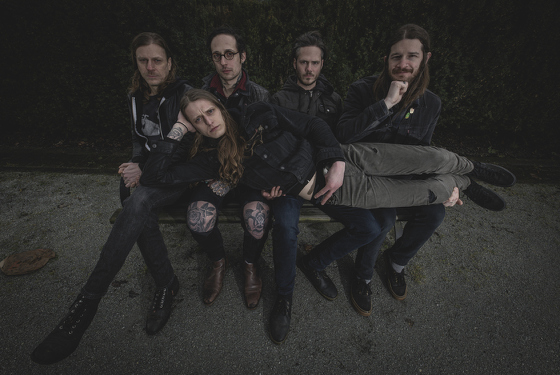