Innovative British rockers CYPHER16 have unveiled the first song and video, “Break,” from their upcoming second full-length album, It’s A Long Way Back (From This Road).

The video, which features guest bassist Vishal “V” Khetia from Heart of a Coward, is now available.

Says guitarist/vocalist Jack Doolan, “’Break’ is a focus on the struggle and downward spiral of addiction, and asks the question: ‘How do you break away from something that has held you in chains for your entire life?’ The song also looks at other people with the same problems, those who we can see fading away before our very eyes.”

The lyrical theme of “Break” has also taken on an unplanned relevance in the current climate, providing a message of hope during this trying time.

“The faster section propels the song into a different sphere – one of hope, resilience and perseverance,” Doolan says. “The music is for everyone suffering, and we hope that it will send a message to people, letting them know that they aren’t alone, and that whatever their demons are, there’s a way to push through to the other side. I hope it resonates with people, especially with the current situation that we’re all going through together!”

“Break” was produced by Jakob Herrmann (Machine Head) at Top Floor Studios in Sweden, mixed by Jacob Hansen (Volbeat) at Hansen Studios in Denmark and mastered by Sean Magee (The Beatles) at Abbey Road Studios in England.

The “Break” digital single is available at https://cypher16.bigcartel.com/product/break-digital-single.

A refreshingly original rock band, CYPHER16 harnesses metal with a hint of modern industrial to create a truly massive sound. The band’s debut album, The Great Surveyor, was released in October 2015 to rave reviews. CYPHER16 has toured in 17 countries, including multiple tours of America, China and India, playing shows and festivals with the top names in metal.

CYPHER16 is also known for epic music videos, filmed at famous landmarks such as Battersea Power Station (“Lonely Road”) and The Natural History Museum (“Open the Dark Door”), where the band was given unprecedented access for an entire night, in 2017. Watch the video for “Open the Dark Door” at https://youtu.be/Xvl9IPquPhw. 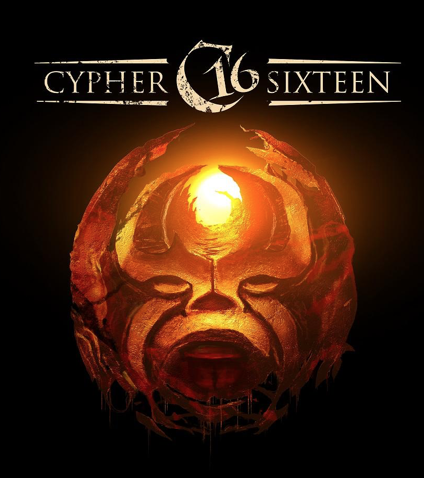