Previous A Preview from England’s CYPHER16
Next Take Cover on April 17!!

Australian duo Hockey Dad injects a blend of raw energy and lovable irreverence into their dynamic, sun-drenched pop. Today, the band released their energetic new single “In This State” and announced the new release date of their upcoming album Brain Candy, now out on July 31 via BMG. The album is produced by John Goodmanson (Death Cab, Sleater-Kinney, Wolf Parade).
Pre-order/pre-save HERE.

“In This State,” the leadoff track on Brain Candy, follows a loser navigating a breakup. Hockey Dad came up with the concept for the song after a successful set at Splendour In The Grass in 2018. 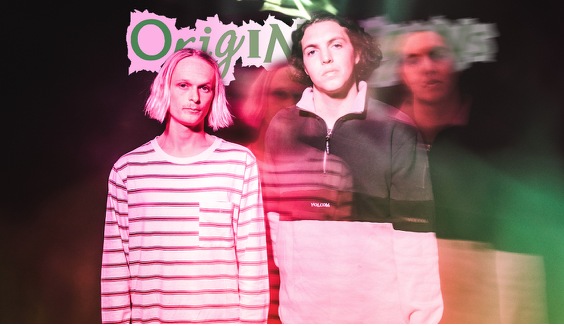 “It’s the first song we completed when we were working on this album,” says guitarist and lead vocalist Zach Stephenson. “We came up with most of it the weekend of Splendour in the Grass. We had just played a You Am I song with Tim Rogers, and whilst rehearsing for it, I was playing around with the opening guitar chords. Tim seemed to like them, which got us even more excited to finish it and start playing it live. To me, it always felt like an album opener. The initial energy it brings sets a great pace for the rest of the album. It’s definitely one of the most energetic songs in the live set for sure.”Read more about the track in the ‘Origins’ feature at Consequence of Sound and enjoy via your favorite DSP HERE.“In This State” follows “Itch” and “I Missed Out,” two stand-out tracks that will also appear on Brain Candy, the band’s first release through BMG.

Best friends since early childhood, Stephenson and drummer Billy Fleming make music that has grown in step with their lifelong friendship and blossomed into a rapidly building phenomenon.

As Stephenson speaks on Brain Candy, he becomes celebratory, yet calmly reflective. “[Our last album] Blend Inn dealt with problems in a less mature way through fighting and complaining,” he explains. “I think getting older, I have come to see these situations as learning experiences—using these songs to understand my surroundings and lessons I’ve been given.”