For a sample of DEVIL’S MIST, check out “Burning Sun” at https://youtu.be/pWmAmI87CTw. 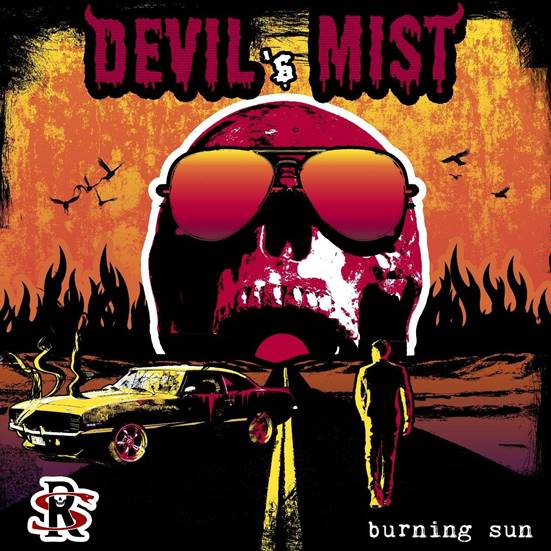 “‘Burning Sun’ is one of the songs from the set that has got the most rock attitude in the sound and arrangements,” Sangiorgio says. “The lyrics deal with the loss of an unconditional love, such as love for a child or for a pet.”

After releasing six albums with Gory Blister, Sangiorgio wanted to explore and expand his writing style. but knew Gory Blister was not the place for this new music. So, in 2016 he released Rebirth, a solo instrumental guitar album leaning in the direction of modern metal-rock style with bluesy influences.

“I love playing the guitar and I like attempting the exploration of different genres and arrangements,” he says. “I’ve always played death metal inspired by bands who had a more progressive streak in their approach , such asDeath, Cynic, Atheist, Theory in Practice and Coroner. In writing the songs for my band Gory Blister, I’ve always tried not to be trivial. After six albums, I realized that I had no more room to explore without distorting the band’s sound.”

During this time, Sangiorgio came in contact with Megaforce Records founder Jon Zazula, who began offering valuable advice to the guitarist, encouraging him to experiment in his playing, and eventually leading to the formation of DEVIL’S MIST. DEVIL’S MIST is metal at heart, but incorporates influences of mainstream rock, blues and electro rock for an eclectic feel.

DEVIL’S MIST is currently working on a debut full-length.