Previous Theory of a Deadman (Canada)
Next Knocked Loose (USA)

The first time I had ever heard about the band Spiderbait was during my first venture to Australia back in 2008.   I got my first taste of them while travelling and visiting along the Queensland coast that year and while tuning into Australia’s ultra cool nationally broadcasted alternative radio station “Triple J”.

In my earliest days of discovering harder music I firmly developed a passion for some pioneer Australian punk artists like The Saints, Radio Birdman and Cosmic Psychos.   And while Spiderbait’s infancy might have initially escaped me (their start was a decade or so later — in the early 1990’s) when I caught wind they did manage to capture my musical imagination in a similar way. 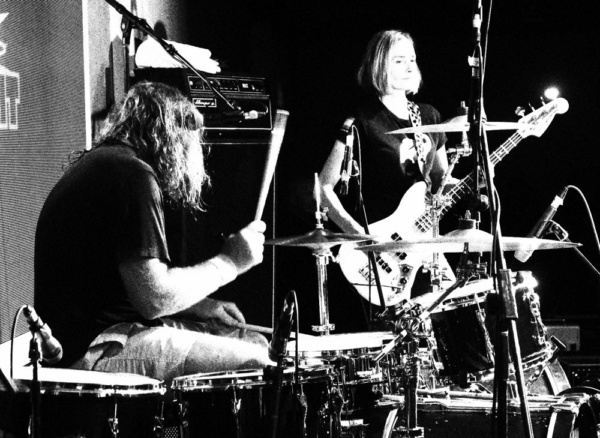 During their career, Spiderbait seldom if ever travelled or toured in North America, and it is true they have in fact taken some very long hiatus’ during their history.  So to actually have the planets align during my most recent scheduled trip “down under”  — to see this band that I highly admire play live — was needless to say a pretty magical coincidence.

We caught up with Spiderbait when they made an appearance in Kingscliff NSW (affectionally known as “Kingy”) at the Kingscliff Beach Hotel.  That venue is a cool  facility in a beach side village located immediately adjacent to the super scenic shorelines just down the southern tip of the Gold Coast area.  There we witnessed a terrific set caught in what I would call this band’s true “natural environment” — in front of a capacity, alcohol fuelled and highly appreciative sing-along-to-every-song — 100% Aussie fan base.

Spiderbait are probably correctly best classified as alternative rock — but maybe with more of a power pop element.   Never afraid to experiment, their music while being very percussion dominated, varies in texture, length and direction and meandering often between both savage and sweet, something that effectively adds an extra uniqueness to all of their releases.

The band’s original members have remained intact since inception — singer/drummer Mark Maher “Kram”, bass player/singer Janet English and guitarist Damian Whitty – all of who contribute to their band’s original songwriting.   Since forming they have released eight albums, their first being Shashavaglava in 1993 and the most recent 2017’s “B-Sides Collection”.   Internationally they may be best known for doing the song “Ghost Riders in the Sky” which was used as the main theme of the movie “Ghost Rider” that 2007 film staring Nichols Cage.

While remaining very foreign within the North America market— Spiderbait are widely acknowledged within the Southern Pacific hemisphere, obviously including Australia and New Zealand.  I even got reaffirmation of that notion a couple weeks later during this trip.   During a T-20 League Cricket match (Brisbane Vs Sydney) we attended at the “Gabba” in Brisbane — Spiderbait songs were PA mixed during that game’s interlude moments.

For more information on Spiderbait — link to their official fan page:  HERE

If you are ever visiting the Gold Coast area — we highly recommend the absolute “Aussie essence” of the Kingscliff Beach Hotel : HERE