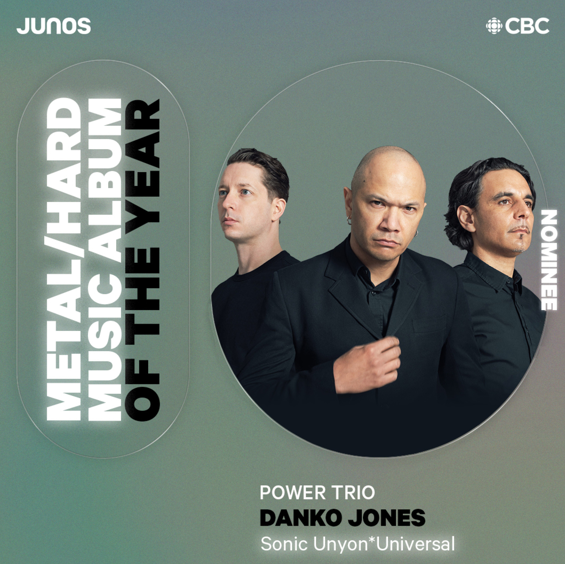 Canadian rock music juggernaut Danko Jones announce the nomination of Power Trio for “Metal/Hard Rock Album of the Year” at the 2022 Juno Awards alongside Spiritbox, Brand of Sacrifice, The Agonist and Archspire. This category is based on artistic achievement, technical proficiency and overall excellence. The award ceremony will take place on May 15th, 2022 at Toronto’s Budweiser Stage. All info on the Junos and nominees in all categories can be found HERE. Listen to Power Trio HERE.
.
“Feels good to be nominated for our album, Power Trio. Looking at the other nominees, we’re in good company. It’s been 18 years since we were last nominated and I can’t think of a better way to get 2022 going,” says Danko Jones (vocals). 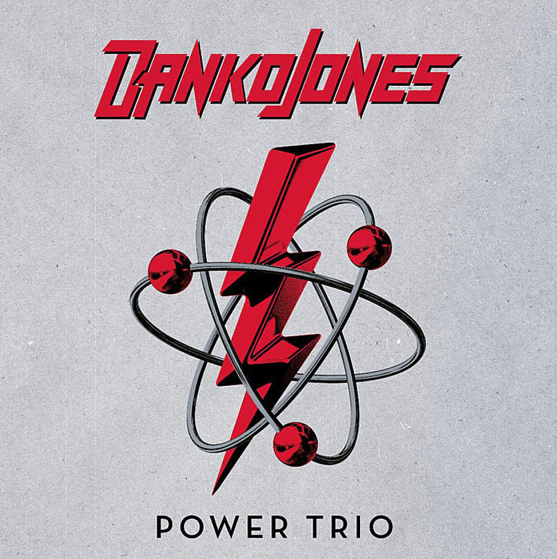 Having amassed a staggering 152 Million Streams worldwide and over 6.8 Million video views, Danko Jones are hear to rock. The album, released in August 2021 via Hamilton’s Sonic Unyon Records is the band’s 10th studio album. It received critical acclaim from some of Canada’s premier music publications:
.
“Their tenth album, Power Trio, serves as a scorching reminder that Danko Jones are more than just a one-man show.” – Exclaim Magazine
.
“It jitters with restless energy, is packed with relatable lyrics and promises to be a riot on stages across Canada in the coming months.” – Amy Lloyd, Next Magazine
.
It was also heavily supported by some of the world’s top journalists and music outlets such as CBC Radio Q, CBC Music, Guitar World, George Strombo, Canadian Musician Magazine, Metal Sucks, CTV Atlantic, Now Magazine, Global News, Cuarte Del Metal, Bravewords, The Walleye, Metal Rules and more.
.
MORE ABOUT POWER TRIO:
With such a simple, self-evident title, Power Trio, speaks to the special triangular alchemy Danko shares with his trusty bass-slinging accomplice JC and drummer Rich Knox, while also staking out the band’s place on a storied lineage of three-piece titans that includes the Jimi Hendrix Experience, ZZ Top, Rush, Motörhead, Venom, Dinosaur Jr., and the Jon Spencer Blues Explosion, to name a few. When you choose to start a power trio, you’re not simply forming a band, you’re entering a blood pact—a tacit acknowledgement that all three members need to carry their equal share of the weight lest the whole enterprise collapse. There’s nowhere to hide in a power trio—no second guitarist to cover your mistakes, no keyboard player to smooth things over, no horn section to distract the crowd. If you fuck up, the whole band fucks up. Everybody needs to be on their A-game at all times, and on Power Trio, Danko Jones are in peak physical condition, delivering each engine-revving riff, soul-shaking stomp, and shout-it-loud hook with a sniper’s precision.
.
DANKO JONES ONLINE:
Website // Facebook // Instagram // Twitter // TikTok
SONIC UNYON RECORDS ONLINE:
Website // Facebook // Instagram // Twitter // TikTok
Posted by Sarah Lutz
Tagged: #DankoJonesDanko Jones