It was probably one of the very last concerts of the old era, the big party before the worldwide shutdown:
On March 15th, 2020, LINDEMANN played two triumphant concerts at Moscow’s VTB Arena.

On May 21, 2021, the already historic evening will be released as a live album and concert film in a total of five physical configurations (Super Deluxe Box, Special Edition, DVD, Blu-ray, 2LP) with three different cover artworks in the aesthetics of socialist realism.

Get ready for a furiously and uninhibitedly trip through the hits from the gold-awarded-albums “Skills In Pills” and “F & M”!  View preview: HERE 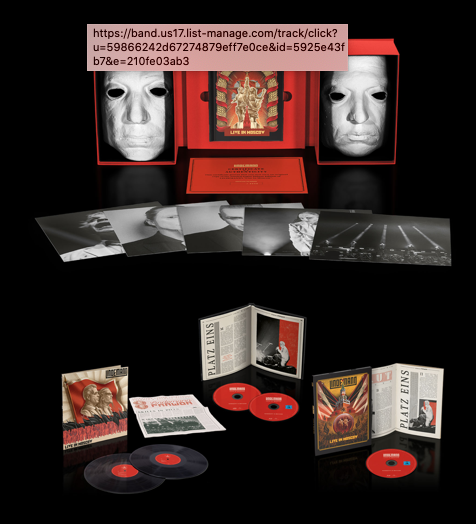