Destroy Boys are a three-piece band founded by Violet Mayugba (guitar/vocals) and Alexia Roditis (vocals/guitar). Rounded out by drummer Narsai Malik they have been redefining West Coast punk, making waves from the California shoreline to the UK, sharing stages with up and coming bands like Mannequin Pussy as well as punk stalwarts such as Face To Face and Lagwagon. They’ve also racked up over 40 million streams, with the numbers ticking upward every day without fail. Their visceral personal tales of scene bullies, elitist cliques, betrayal, and unrequited love have won over the hearts and ears of eager listeners ranging from the fervent teens who pack out their shows to Green Day’s Billie Joe Armstrong (see his mention in the Rolling Stone cover story HERE via Instagram HERE). 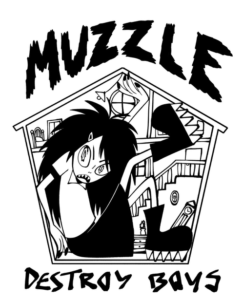 “Led by singer Alexia Roditis’ sarcastic and wistful singing and Vi Mayugba’s shredding guitar, held down by Narsai Malik on drums, they pay homage to and represent an evolution of all things classically punk, making music that is a searing reminder of how recklessly expressive punk rock was designed to be.”  – Culture Collide

Having gotten their start playing shows and touring while they were in high school, they’ve seen and dealt with the same issues many teenagers face in a world run by adults: Being talked down to, brushed off, ignored, taken for granted, pre-judged – if they are even seen at all.  These experiences channel directly into their music and that authenticity is one of the main reasons for their rapid rise. Now in their early 20’s, their experiences are no less fraught with similar hurdles. The new single “Muzzle,” is a blistering track exploding with aggression and energy, produced by Martin Cooke (Death Cab For Cutie, Of Monsters And Men, and producer of Destroy Boys last LP Make Room). The song tackles feelings of being seen as disposable and subhuman, feeling out of control and taking your power back. It’s an anthem for the unseen, written by Mayugba, and inspired by a toxic relationship where she was mistreated by a man she was in a relationship with. With “Muzzle” Mayugba also takes her first role as lead vocalist, seething out the lyrics  “You don’t know me / You don’t see me / You think I’m trash and you think I’m mean / I am not your fucking mannequin / Clothes pin call up your weekend sin / I am not your  Polly Pocket girl /Chucking me in your donate bin.”

The band is thrilled that “Muzzle” is their first release with Hopeless, a label whose diversity and particularly the number of women on staff, is something that really appealed to them.  “It’s important to have women, and queer people, people of color, and differently-abled people in all aspects of the music industry, to have that support. Now we’re able to have more of a say in who we work with, and when you have that kind of control, you should do good with it,” says Roditis.  “We’re really excited to be in a place where we can create the album we want to create,” she continues. “They took our project very personally; they were really excited about us, and they don’t seem to want to infringe on what we have. They want us to maintain our own vision.” 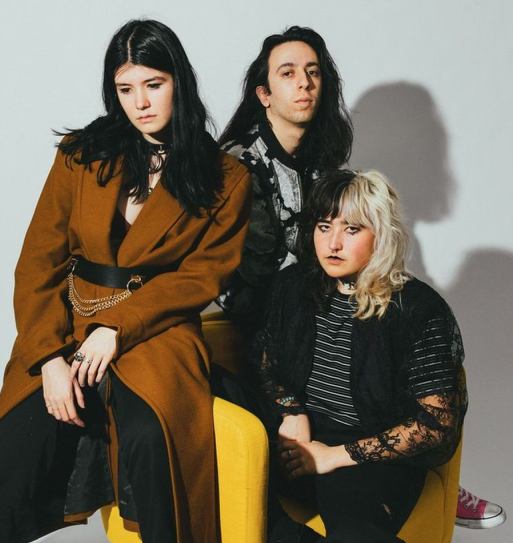 “We are so excited to be working with Destroy Boys,” says Hopeless Records Vice President of Marketing Erin Choi. “They’re incredibly talented and have such a powerful vision for who they are as a band. They inspire us as people, creatively, and through their passion for social justice. We think they’re a great fit for the Hopeless roster.”

“Muzzle” is just a taste of what’s to come. The band is working on a new album with Will Yip (Quicksand, The Menzingers, Mannequin Pussy), a producer they highly admire and respect. As for touring, after a 2020 that promised tours with Against Me! and Vundabar, as well as a slot on the Sad Summer Festival, the band’s live trajectory was momentarily checked by the pandemic. But as hopes for future touring grow stronger the group are excited about finally getting back out in front of people, both in the US and abroad.