The band has announced their debut release for the label titled Most Dangerous Game, due out November 20th, 2020. T

he announcement was accompanied by the premiere of the bulldozing first single and music video for “Most Dangerous Game” via BrooklynVegan. Recorded with Andy Nelson (Weekend Nachos) in Chicago, KHARMA flexes their pressurized brand of metallic hardcore across the five-song EP, telling stories of life on the street, police brutality, racism, and survival in the middle of America. With touring on pause, the band also treated fans this past week to the premiere of their February 2020 live set at LDB Fest, available to watch in full here. 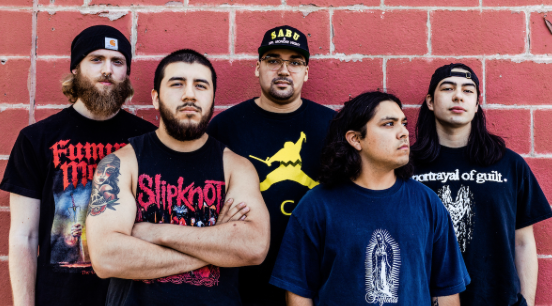 Formed in 2015 in Chicago, KHARMA deals in gritty, metallic hardcore with walls of sound to pummel the listener into submission. Directly influenced by their city, from the forebears of their scene to the daily circumstances that inform their lyrics and unrelenting aggression, the quintet calls to mind the blunt brutality of acts like Neglect, Billy Club Sandwich, Bulldoze, and Arkangel. While hardcore has always been a genre of the people, KHARMA truly embodies that sentiment through tales of life on the streets and the reality of surviving in the middle of America. The band gave their first glimpse into this world on 2016’s self-released EP, Survival, followed up by 2018’s Moment of Violence EP, during which time the band has shared the stage with the likes of Madball, Knocked Loose, Mindforce, Adrenaline, and Life of Agony.

In the Fall of 2020, KHARMA returns with their most mature and downright hostile release to date – Most Dangerous Game, due out on Flatspot Records. Throughout the 5 tracks, KHARMA flexes their shattering sonic assault on topics such as classism, police brutality, and racism, systems of oppression the band has been challenging since their inception. Inspired by Richard Connell’s “The Most Dangerous Game”, the band applies the analogy to varying degrees within the dismal stories told on their label debut. The mix of KHARMA’s pulverizing riffs with harsh, spiteful vocals amounts to a concoction of mosh-ready and genuine anthems for the dark modern age. Recorded and mixed with Andy Nelson (Weekend Nachos) at Bricktop Recordings in Chicago, the no-frills and fervid performances on Most Dangerous Game proves why KHARMA has become an up and coming favorite to watch on hardcore bills throughout the country and solidifies their further rise in Chicago’s heavy music scene. 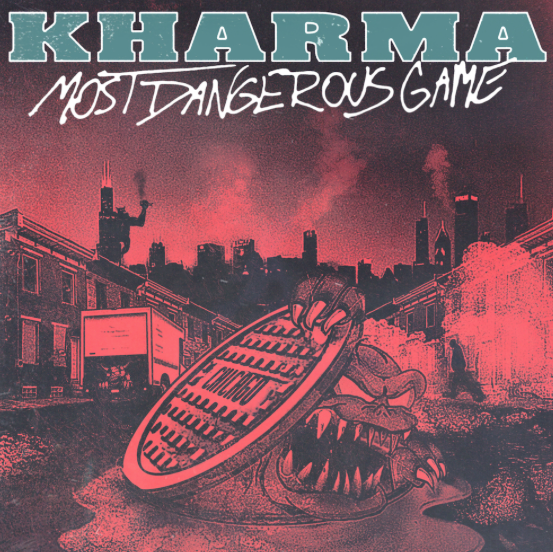