RAZZMATAZZ OUT OCT 23 VIA FEARLESS RECORDS

FIRST SINGLE “LEAVE ME ALONE” IS TOP 15 AND CLIMBING AT ALT RADIO, CONTINUES TO BE ONE OF THE GREATEST GAINERS ON THE CHART FOR MULTIPLE WEEKS

I DONT KNOW HOW BUT THEY FOUND ME (iDKHOW) surprise fans with the release of the third track “New Invention” from their forthcoming debut album Razzmatazz out October 23 via Fearless Records. The alt anthem by the indie-pop group, accompanied by a video shot by Raul Gonzo, is built around a booming bass line, with Dallon’s vocals shining through as he sings,  “…despite your good intentions the girl is like an architect / and I am just a new invention…” 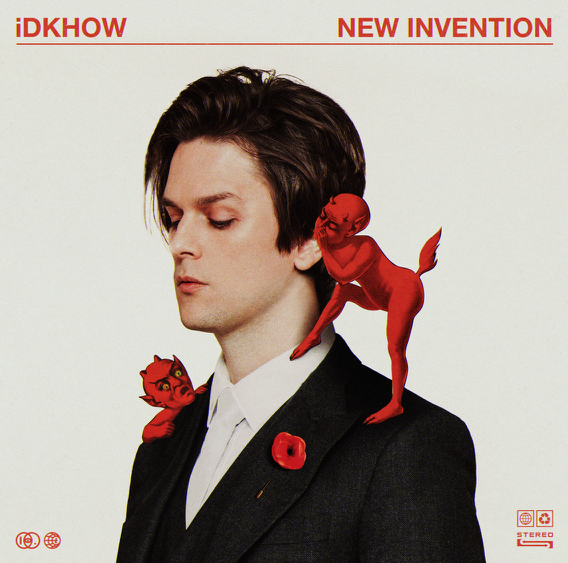 The music video was shot in one take on the set of the Kubrickian ‘70s sci-fi “Leave Me Alone” video in August 2020.“New Invention” follows the success of the album’s lead single “Leave Me Alone,” described as a “diabolical dance-floor jam” (Alt Press), now top 15 at Alt Radio and the album title track, described as “energetic” (NME) and “glossy” (Substream).

The band has already achieved surprising success racking up over 100 million Spotify streams, the #1 spot on Billboard’s Heatseekers chart for the 1981 Extended Play EP and 32k plays at Alternative radio reaching an audience of over 64 million.
Dallon Weekes made waves in Panic! At The Disco from 2009-2018, touring around the world and picking up Gold and Platinum plaques as a key songwriter on the chart-topping Too Weird to Live, Too Rare to Die! and more. In 2016, he introduced iDKHOW at a small show in Los Angeles before denying its existence for months to follow. The project formally revealed itself prior to hitting the road and performing on the mainstage at UK’s Reading and Leeds Festivals as well as sharing stages with the likes of Twenty One Pilots, The 1975, Billie Eilish, The Killers, The National and Blink 182, just to name a few.