“Jungle Skies is a song written about depression. I wrote this song the week before I had to shave my head because of the treatment I am on. It’s the happiest I’ve ever been about any lyrics I’ve ever written. It’s a song about the dark, but also about re-birth and learning to love and accept yourself. I hope it can connect with some of you that are going through your own personal battles. Peace & Love” – Mark Holley

Set for release on October 30th 2020 via Search & Destroy/ UMG, Black Foxxes’ third full-length album marks a complete refresh for the band and consists of their most vibrant, free-thinking material to date; featuring recently released tracks, ‘Badlands’ (a 9-minute epic that Guitar World called “arresting, devastating stuff” whilst likening them to artists such as The Cure and The  Pixies) ‘SWIM’ and ‘Drug Holiday’, the new album is suitably self-titled.
Black Foxxes singer/ songwriter Mark Holley says; “We’re so fucking excited about this record and have ultimately made it for no one else other than ourselves. We cut out the noise from the outside and we just made something that WE were proud of, so it’s fucking weird, it’s dynamic and it’s different. We never want to make anything middle of the road and I feel like we’ve achieved that.” 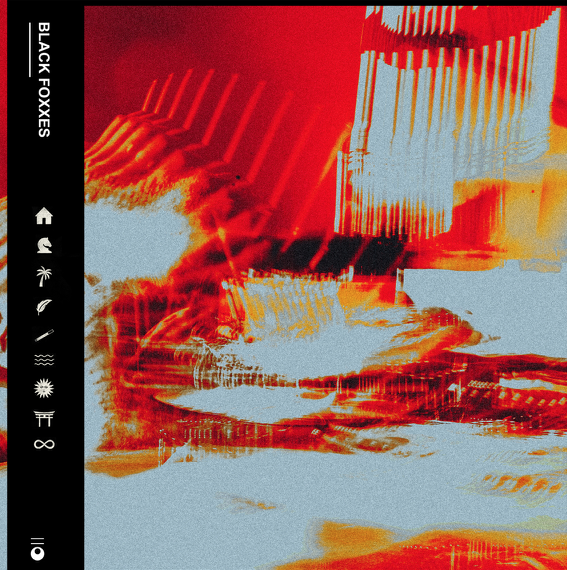 These shows will be intimate, in-keeping with covid 19 “new norms” so it is advisable to get your ticket quickly.

FULL LIST OF TOUR DATES: –
MARCH 2021
2 Exeter, Cavern
3 Cardiff, Clwb Ifor Bach
4 Sheffield, Academy 2
6 Liverpool, Loft @ Arts Club
7 Edinburgh, Mash House
8 York, Fulford Arms
9 Hull, Adelphi
11 Leicester, Academy 2
12 Cambridge, Portland Arms
14 St Albans, Horn
15 Brighton, The Hope & Ruin
16 London, Boston Music Room
17 Tunbridge Wells, Forum
ABOUT BLACK FOXXES: Over  the course of two albums (2016’s ‘I’m Not Well’ and 2018’s ‘Reidi’), Black Foxxes main-man Mark Holley established his band as a potent creative force, carving out a signature spot on the emotive rock ‘n’ roll map backed by strong, growing support from fans and media alike.
With singles / videos such as ‘Husk’, ‘I’m Not Well’, ‘JOY’ and ‘Manic In Me’, the clip for which was filmed in Iceland, a key source of influence for Album 2, it became increasingly clear that Holley is an artist prepared to shed protective layers –an artist with plenty to say and a particular way of tapping into thoughts, feelings and fears.
And now, with Album Number 3, the Bristol-based singer / songwriter / guitarist has done even more to bind music and personal message into a cohesive body of work –nine compelling tracks recorded quickly with a brand new rhythm section (drummer Finn McClean and bassist Jack Henley, a longstanding friend), plus a trusted team member in producer / mixer Ade Bushby, who helmed the desk on both previous outings.
From the very start, the intention was to keep instinct, musical integrity and the chemistry between the players right at the fore, with no second-guessing of the market and no attempt to stem or to edit the musical flow –a flow that takes in synths, distorted vocals plus a battery of left-field sounds (inspired by Bristol’s alternative DIY culture), along with a broader range of lyrical subject matter.
After 18 months spent searching for that “magic sweet spot”, this is Black Foxxes in the raw, unfiltered, unfussed with.
No rules, no labels, all on the line.
BLACK FOXXES ONLINE:
WEBSITE // FACEBOOK // INSTAGRAM // TWITTER
SPINEFARM RECORDS ONLINE:
WEBSITE // FACEBOOK // INSTAGRAM // TWITTER
Posted by Sarah Lutz – Looters
Tagged: Black Foxxes