Previous Coming in October from Six Feet Under
Next More UK Darkness
Pillars Of A Twisted City share their new music video for “Darkness Reigns” via their YouTube channel. The video can be viewed – HERE!
.
“Darkness Reigns” comes off of the band’s debut self-titled album that was released on August 21st via Debt Offensive Records. “Pillars Of A Twisted City” is available on all digital and streaming platforms – LISTEN HERE!
.
The music video was directed by Lyle Shultz. Shultz comments on the sentiment behind the video and his creative direction, “my video stylings were based on the ethos reflective of Johnnys DIY album approach. A mixture of frame by frame hand-drawn animation and rotoscoping blended with live-action video. It just made sense to create An eclectic Milue of Dark experimental  weirdness sprinkled with equal parts : Intergalactic chainsaw surfing, magical symbols, frantic thrash guitar playing, bats, wolves, skeletons, burning cars and a haunted all-seeing inter-dimensional eyeball house.”
. 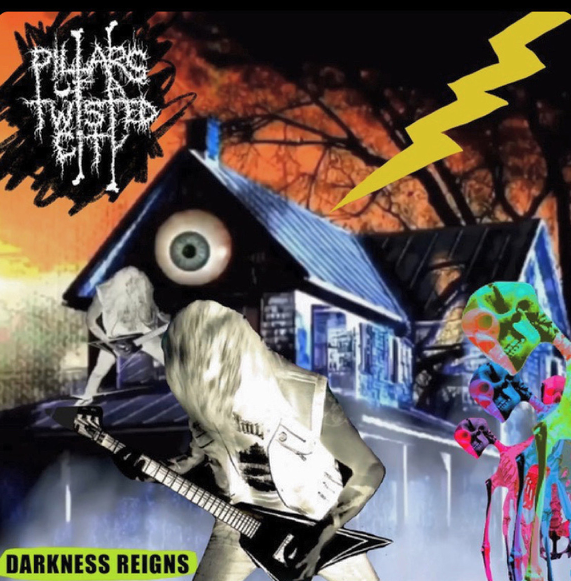 .
Johnny Stewart, (vocals, instrumentalist) explains how the song lyrics and the video connect with one another and the idea of quantum physics, “The song’s lyrics pertain to theories of quantum physics. Were mirrors of us exist in a different reality. Occasionally some of those dimensions cross over at which time chaos ensues. The rhythm of the song is based on First Nation’s tribal drumming. The repetitive and constant hammering of the beat is derived from those ceremonies. Lyle’s artistic vision has brought those lyrics and his interpretation forward in the video.”
.
The band previously released 4 music videos. “Collision Course with Armageddon” via New Noise Magazine and prior to the premiere, Pillars Of A Twisted City also released three visuals via the band’s Instagram page.
.
ABOUT THE ALBUM:
The album, Pillars Of A Twisted City, was recorded, produced and mixed by Johnny Stewart and mastered by Grammy Nominated Gregg Mindroff (Native North America, Ice-T,  D.O.A, Tom Green). It was recorded over the course of two months at Desecration Studios (Stewart’s house on an 8-Track) in Vancouver. It’s first and foremost a black metal record. But for every brutal black metal song or thrash metal song, there’s a beautiful instrumental to accompany it. The album’s track order and diverse set of musical styles lend to one another both lyrically and atmospherically.
. 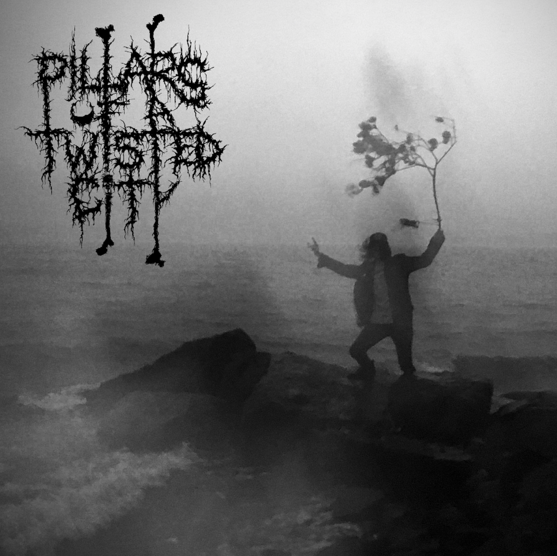 .
ABOUT PILLARS OF A TWISTED CITY:
Pillars of a Twisted City fuses together elements of black metal, gothic and thrash punk and is often hailed as the Ween of Heavy Metal. The very idea of a heavy metal Ween awards itself a double-take. It might even be considered blasphemous to some, but that’s exactly what Pillars Of A Twisted City is about. The Vancouver band harnesses an honest and raw approach to DIY metal with twists and turns at every corner. Inspired by a wide variety of musical influences like Entombed, Darkthrone, Thin Lizzy, The Who, Swervedriver, Gorgoroth, traditional Latin Flamenco music and The Damned, the band’s overall message is freedom. Not being chained to any one musical genre and not running the risk of homogenizing their sound.
.
PILLARS OF A TWISTED CITY ONLINE:
Bandcamp // Instagram
DEBT OFFENSIVE RECORDS ONLINE:
Website // Bandcamp // Instagram // Twitter
Posted by Sarah Lutz – Looters
Tagged: Pillars of a Twisted City