Previous More UK Darkness
Next Unleashed from Sweden
iDKHOW RELEASE KUBRICKIAN — 70’S SCI-FI VIDEO FOR “LEAVE ME ALONE” – WATCH HERE
.
NEW SINGLE HAS ALREADY RACKED UP OVER 1MM SPOTIFY STREAMS AND IS CLIMBING THE CHARTS AT ALTERNATIVE RADIO AS THE MOST ADDED RECORD FOR 3 CONSECUTIVE WEEKS

100MM+ SPOTIFY STREAMS, #1 RECORD AT SXM/ALT NATION AND THE #1 SPOT ON BILLBOARD’S HEATSEEKERS CHART ALL PRIOR TO DEBUT LP 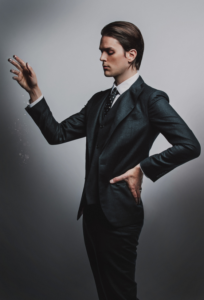 Today, I DONT KNOW HOW BUT THEY FOUND ME (iDKHOW), the creative project of singer, songwriter and multi-instrumentalist Dallon Weekes, release the music video for their lead single “Leave Me Alone” from the upcoming debut album Razzmatazz out Oct 16 via Fearless Records. The video, directed by Raul Gonzo and shot in Los Angeles in August 2020 stars Dallon and iDKHOW drummer Ryan Seaman. It incorporates the strict CDC guidelines of the pandemic-world into a Kubrickian cool creative complete with seventies sci-fi paranoia.
.
“Making a video in the middle of a pandemic was a challenge,” explains Dallon. “We decided to incorporate a lot of things from the state of the world as it is now. Social distancing, sterile isolation, etc. it all seemed to fit with the song’s themes of wanting to quarantine yourself from toxic people and situations.”
.

“Leave Me Alone” has already racked up over 1 MILLION Spotify streams in less than a month and is currently climbing the charts at radio and was the Most Added record at Alternative Radio for 3 consecutive weeks. Prior to the release of the new single the band already achieved surprising success racking up over 100 million Spotify streams, a #1 record at SiriusXM’s Alt Nation, the #1 spot on Billboard’s Heatseekers chart for the 1981 Extended Play EP and 32k plays at Alternative radio reaching an audience of over 64 million.

Razzmatazz is the next chapter in iDKHOW’s unfurling curated storyline, in the multi-faceted world Dallon has constructed, iDKHOW was initially believed to have been a band from 30 plus years ago that never got their big break. But in 2017, an anonymous source began to release recovered video footage of iDKHOW. The videos that span the years 1964 to 1983 have been released out of sequence and display a mysterious genesis that has yet to be understood. 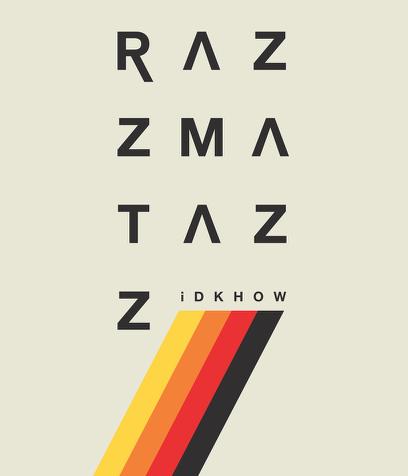 Dallon Weekes made waves in Panic! At The Disco from 2009-2018, touring around the world and picking up Gold and Platinum plaques as a key songwriter on the chart-topping Too Weird to Live, Too Rare to Die! and more. In 2016, he introduced iDKHOW at a small show in Los Angeles before denying its existence for months to follow. The project formally revealed itself prior to hitting the road and performing on the mainstage at UK’s Reading and Leeds Festivals as well as sharing stages with the likes of Twenty One Pilots, The 1975, Billie Eilish, The Killers, The National and Blink 182, just to name a few.