It was punk on EBM when Los Angeles-based Youth Code screamed into Canada recently — and we caught their set at the Phoenix Concert Theatre in Toronto.

This 1-2 punch featuring hard core vocalist Sara Taylor and her keyboard/synthesizer playing partner Ryan George delivered a signature brand of aggression – which was right up the alley for most world wide fans of industrial music. 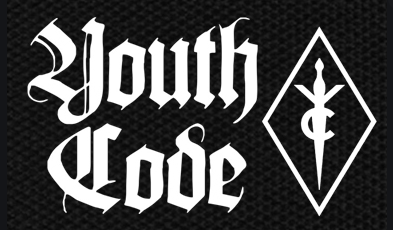 The duo, who could be considered as kind of a “Meg and Jack” for the industrial genre, feature sonics that are clearly influenced by the likes of bands — circa early Ministry or Nine Inch Nails, and Front Line Assembly & Skinny Puppy.

After first getting together back in 2012 — they have two studio albums to their credit — including “Youth Code” (2013) and “Commitment to Complications” (2016).

Youth Code are most certainly not for the masses — and that is most certainly by design.   Not only are their songs layered with angst, sex, politics and controversy, that are played at a very speedy pace, something they self describe as ”abrasive and violently fast”.   Youth Code is for sure for discriminating tastes — but a perfect storm if that’s what you seek.

You can check out more on Youth Code at their FB official: HERE

We do like this early video for their song Carried Mask (released in 2013): HERE