Previous Between the Buried and Me (USA)
Next Charly Bliss (USA)

Looking for some of the most brutal metal on the planet?   How about some “Deathcore from Down Under” from Australia’s Thy Art is Murder!

Thy Art is Murder, was touring Canada while supporting Cannibal Corpse and I couldn’t be more excited to see these guys tear the roof off the Vogue Theatre in Vancouver.

The band consists of vocalist Chris “CJ” McMahon, guitarists Sean Delander and Andy Marsh, drummer Jesse Beahler and bassist Kevin Butler.   They have been together since 2006 (well some members have left here and there since) but the train really didn’t get on the track for them until thereafter 2010 when they started releasing albums.   In fact, they have released 5 since 2010 and the latest “Human Target” (Nuclearblast) which was released this year (2019).  Being the Death Metal aficionado that I am,  I have been playing Human Target on constant rotation, I fell in love with this one as its one onslaught after another.  If you want to scare the neighbors, crank this album up.  I went back into their catalog and investigated the other albums and they are just as savage as this one!  Where have these guys been on my metal radar? 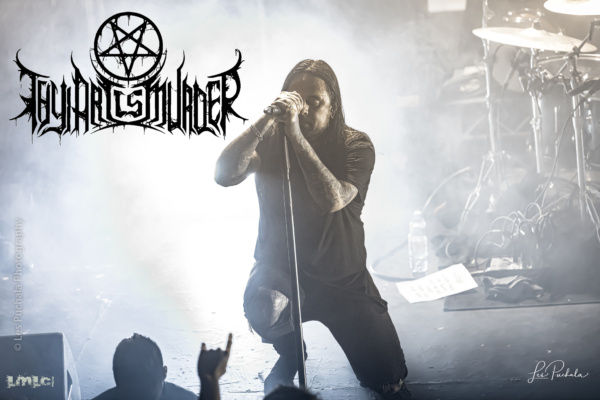 They blitz the stage and start off with one from Human Target, called ‘Death Squad Anthem’.  Here we have CJ wearing a long black jacket with hoodie over his head.   I have seen this hoodie style on a few vocalists lately, notably Nergal of Behemoth, or the band, Swallow the Sun.  But enough of the fashion style, CJ is in top form it appears, as they move next to “Make America Hate Again” (https://www.youtube.com/watch?v=wIZDbRbG4-k) also off Human Target.   The song has a nice guitar riff, kinda like something Lamb of God would do, but it gets alot uglier once CJ’s guttural voice kicks in.

CJ Starts with the in between song mic chat and says that he “is pretty drunk at the moment” and continues with some rants about how much he is “thankful that he is not at the Rickshaw Theatre” which stresses him out because the area around it is one of the poorest in Canada.   Although I agree with mostly of what he has to say, it’s tough for us to swallow, as the Rickshaw is pretty much the only place that brings in a lot of top notch metal bands, and we are thankful for it!

But I digress.  Back to the show!

It’s basically one pile driving song after another, ‘Holy War’ (song 5) and the insane rapid drumming on ‘No Absolution’ (song 6).   Kudos to new drummer, Jesse Beahler for the machine gun speed drumming on tne snare, wowsers!.   If CJ was inebriated, I certainly didn’t see much evidence of it as he is barking out the vocals as viciously as the albums are, that is certain.

They like to play in a pretty dark environment, with lots of fog, but then again, their music isn’t exactly pretty either, so it fits.

They buzzsaw their way from one head slammer to the next with the last three (they played 11 songs) of the night just picking up the pace even more starting with ‘New Gods’, another off the Human Target album.  This one has a real industrial metal texture to it, minced with CJ’s ball tearing vocals, I am thinking this is my favorite song of the night and forsure its my favorite off the new album.

They end the night with the rapid riff and kick drumming filled ‘Reign of Darkness’, that just blows me away with the rapid chest pounding bass drum.   The Aussies turn it up another notch, with the last one with ‘Puppet Master’ (From 2017’s Dear Desolation), wow what an intense ending!  So I walk by their merch booth and they are selling red hats “Make Deathcore great again”.

If anyone is going to make Deathcore great it’s going to be Thy Art is Murder.   I am hoping they come back to Vancouver for a headline tour (but not at the Rickshaw I reckon, LOL) as they put on such a devastating brand of metal.  Check out “Human Target”, it’s a ripper! 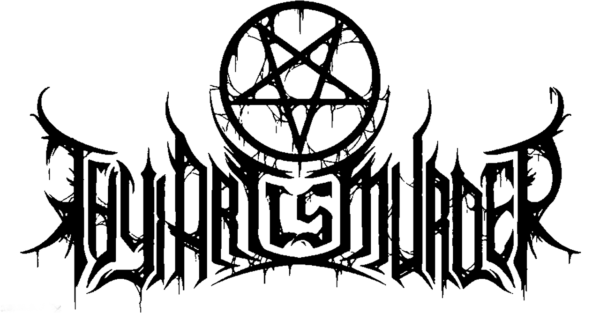