The band was formed originally in 2014 and is comprised of Josh Belliveau (Guitars/Vox), Dave Ens (Bass) and Matt D’Alvise (Drummer). 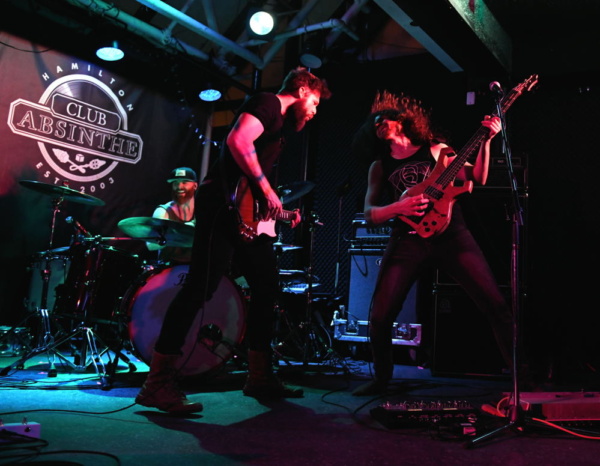 Since their inception — they have keep their focus and pace going — but mostly within an Ontario provincial level scene while playing frequently at local venues and shows – which includes opening for other significant and touring artists.

Their debut release was their “Villains” EP (in 2014) and that along with aggressive singles like “Holly Roller” and “Trigger Line Cartel” are perfect representations that well define the band’s hard hitting/heavy sound.