“Cool from Canada” is what you are left with after witnessing one of Hamilton Ontario-based Sumo Cyco shows.

This independent punk/thrash metal group is fronted by a very high energy and commanding female lead (stage name) “Sever” who was formally known by the name Skye Sweetnam.

Sumo Cyco’s current members also include Matt Drake on guitar, Ken Corke on bass and their touring drummer for the show we caught was Matt Trozzi.

The band was first launched 2011 and since then has two albums and numerous singles and music videos to their credit – all diligently produced and released independently. 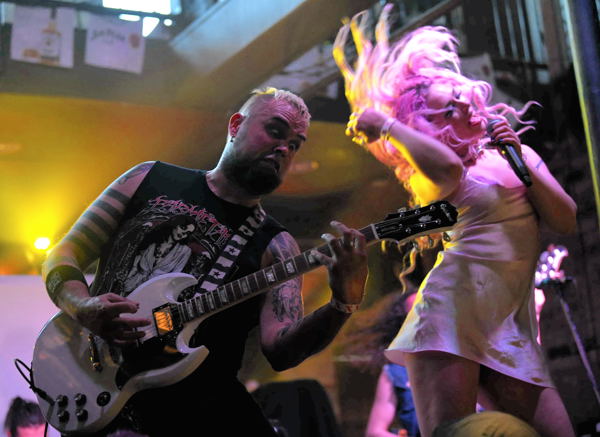 Sumo Cyco is atypical of so many unsigned and relatively undiscovered bands out there who are paying their dues by touring extensively.  They are part of an extensive underground scene where talent and creativity oozes — and that always deserves your attention.

You can check out more at their official website: www.sumocyco.com

We do like their video for “Free Yourself” >> Here