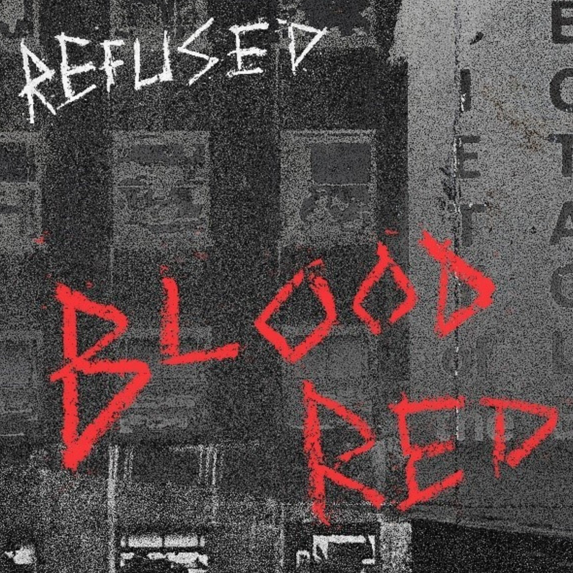 Blending the musical and political passions that have helped the band rise to near-legendary status since their founding in 1991,  the accompanying music video showcases the band’s roots in early 90’s Umeå, Sweden juxtaposed against the present day – making it clear that the dynamism that brought the band to international prominence shows no sign of slowing down in 2019.   Everything “Blood Red” can be found here.“We didn’t play a single show during the making of the last album. It was a long time to be away after the addictive chaos of our reunion shows in 2012. Playing to houses packed with maniacs losing their minds right in front of you is a narcotic to rival actual narcotics we’d venture. (Not our field of expertise, but Keith Richards definitely seems to feel that way, and he’s an expert on both.)  So as we went out on tour in the summer of 2015 we were getting pretty high on our own supply (of songs that is). It was amazing, simply put. But it was also obvious that ‘Freedom’ was, for the most part, a studio record. A great record, to us, but there was something missing as we started playing it live – something visceral, direct, relentless.

At a soundcheck somewhere on the road (Austin?), Kristofer started playing this riff and we all got into it (jamming, as it were). After a while, we noticed that our crew had stopped working and that the people working at the venue were standing around watching us play. Now, people at venues usually hardly notice you, they’ve seen a thousand bands more famous than you fool around with their precious ditties as they’re re-stocking the bar or setting up barricades. So as we were settling into the riff proper and it started rolling and bouncing the way you’re hearing it today, whatever we felt had been missing, it was clear that we had begun to fill that gap. The riff turned into ‘Blood Red’, the first song we finished for the new record and the first song we played live off of it. It’s fitting that it’s now the first song you’re gonna hear from the new record because it was truly inspired by you, our live audience, the old and the new, who come out and help us turn every venue into a boiling hot mess. This one’s for you.

//Refused
In support of ‘War Music’, Refused will be touring across Scandinavia in December.  Tickets will go on sale Friday and all information is below.   A UK/EU tour with Thrice has already been announced and tickets are on sale now. 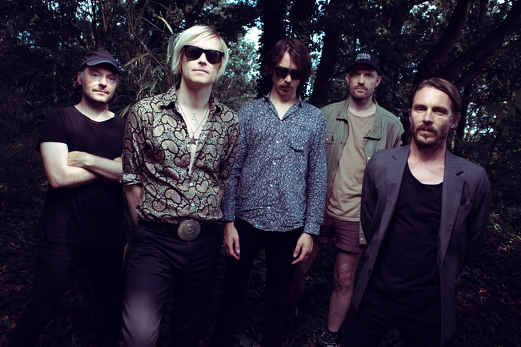 Formed in Umeå, Sweden in 1991, hardcore-punk legends Refused are one of the most influential rock bands of the early ‘00s. Artists as diverse as Linkin Park, Frank Turner, Steve Aoki, Duff McKagan and Paramore have been heavily cited crediting the 1998 album ‘The Shape Of Punk To Come’ as being a fundamental influence on their musical styles.  That album has become a cultural touchstone for the entire post-hardcore generation as the origination of stylistic genre-bending – including electronics, jazz and slick production for the first time – tent-poled by politically progressive lyrical intent and further strengthened through the use of album artwork and energetic live shows to spread their message.

After a 14-year pause, the band reunited in 2012 playing much-anticipated shows like mainstream festival Coachella and were subsequently awarded the “Special Prize for Music Exports” by the Swedish Ministry of Trade in 2013.  In 2015, they released their fourth studio album ‘Freedom’ which was recorded with Nick Launay (Nick Cave and the Bad Seeds, Killing Joke), while also turning to Swedish pop/producer Shellback –whose credits include Taylor Swift and Britney Spears –for the lead single “Elektra”.

Out Oct. 18th – ‘War Music’ will be their fifth full-length studio album and will be accompanied by a Worldwide concert tour, which began in May 2019 with a US tour with The Hives and three major European music festivals in June.