Here they are caught in action at Englishtown New Jersey as they played an electrified show to an appreciative and staunch supporting crowd.

Rancid originally emerged from the streets of Berkeley California back in 1991 and ever since has stayed close to and true to their ties with punk rock music.

This band which is fronted by guitarist/vocalists Tim Armstrong and Lars Frederiksen has seen its brand successively test the sands of time.  They have a signature sound and a consistent and long list of original material that is known for highly impressive guitar riffs, memorable lyrics and chords.

From a band membership perspective — Rancid has also remained pretty much in tact — with only five different band members within their now 28-year existence — including present days players Matt Freeman (Bass) and Branden Steinecket (Drums).  Their only other member, former drummer Brett Reed, exited the band in 2006.

Rancid’s discography (9 albums to date) includes some of what is truly essential listing for punk rock music fans — with albums like “Out Comes The Wolves” (1995) and “Indestructible” (2003) really standing out.

Rancid are also in the studio this year — with their highly anticipated newest album (#10) due out late this year or early 2020. 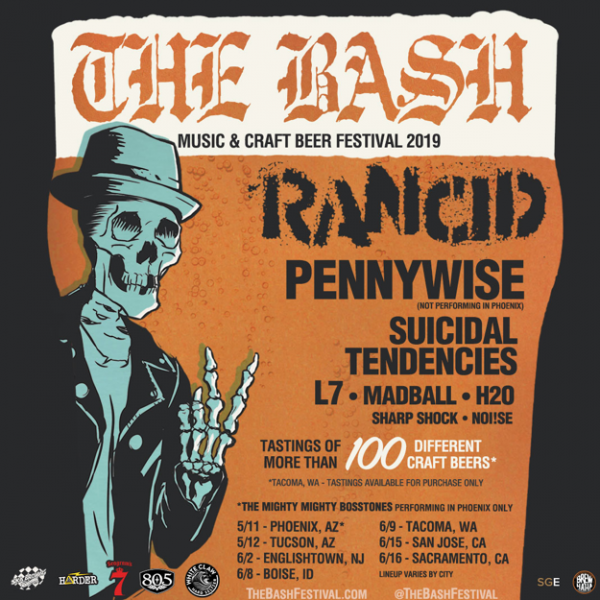