It was time for “death disco punk and rock and roll” at the London Music Hall when industrial music genre sensations Combichrist invaded! 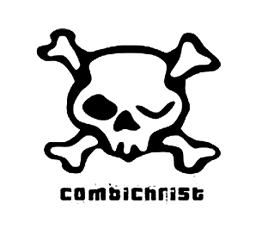 This event which played out at the hall’s rather intimate Rum Runners room did allow fans a very up close and personal experience with one of industrial music’s most influential players — lead man and primary song writer — Andy LaPlegua.

LaPlegua, who is of Norwegian heritage, and his new band line up (based from Atlanta) that consists of Eric 13 (guitarist) and duelling drummers Nick Rossi and Will Spod, were in the midst of a very extensive and world wide tour while promoting their newest album release “One Fire” (due out June 7th – from Out of Line Music).

For me personally, Combichrist had me as a fan a long time ago when their amazing releases “Electrohead” and “Get Your Body Beat” (2006) first kicked me in the head.

And since then they have consistenly demonstrated a mastery for industrial music which uniquely features and combines LaPlegua’s perfect raspy vocals style with signature relentless and dominating percussion and ongoing guitar wizardry.

Within this type of music, they are in fact not influenced — they are influencers.  I would not hesitate for a second to rate them within some of the all time greats, including Rammstein (who they have previously toured with), and Front 242, Nitzer Ebb and Laibach. 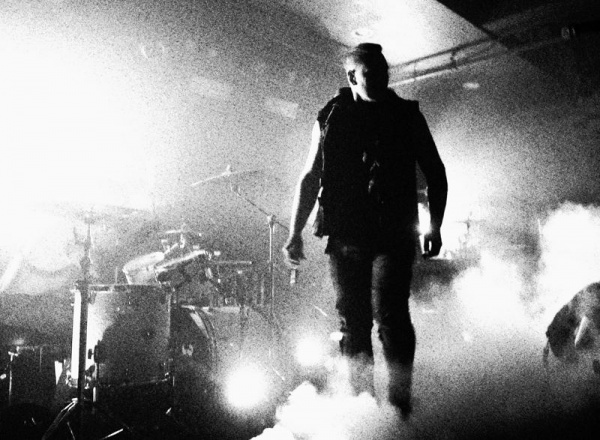 During the London set, LaPlegua, who has also seen and experienced his share of difficulties too, (including some heavy related personal loss) there was an emphasis for some new music material which is meant to be therapeutic. With a focus on society’s current epidemic for hidden illnesses like depression, which is something which has hit home hard for LaPlegua personally while facing his own demons  — his message included a strong and personal offer.  He encouraged any afflicted fans — to in fact contact him direct to begin dialogue — and that was impressive!

With that serious business and message aside — Combichrist had all the Rum Runners patrons jumping and buzzing all evening.  Andy, whose on stage presence and pacing is pretty much like watching a caged lion, and his skilled band, fully delivered as expected. 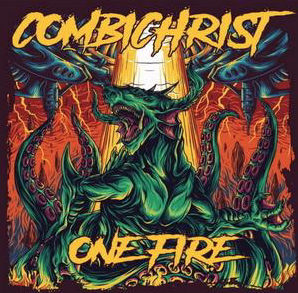