Images below from our rendezvous with American-based Industrialists 3Teeth from a couple of very memorable sets in advance and support of the Rammstein New Years Eve shows held in Puerto Vallarta Mexico.

First formed in 2013 — this Los Angeles based band has had a very rapid path forward while quickly establishing themselves as one of the top acts within our planet’s fleeting and often underappreciated industrial music sub genre.

Paced by dynamic lead singer Alexis Mincolla, whose stage presence and antics might be best described as maybe a modern day reptilian version of Freddy Mercury meets Jim Morrison — it becomes pretty easy to understand why their fan following is growing so exponentially fast.

While Mincolla’s resemblance may be vaguely familiar to Mercury/Morrison — 3Teeth’s sound most certainly is not.   The band is pretty much as hard core industrial as you can get — maybe think Skinny Puppy, Front 242 and NIN influence — but with enhanced brooding and a quicker pace.

In addition to Mincolla, the band features skilled artists Chase Brawner (guitars), Xavier Swafford (keys), Andrew Means (modular synth), and Justin Hanson (drums) who together produce a wave of sound that is certainly a cut above the norm. 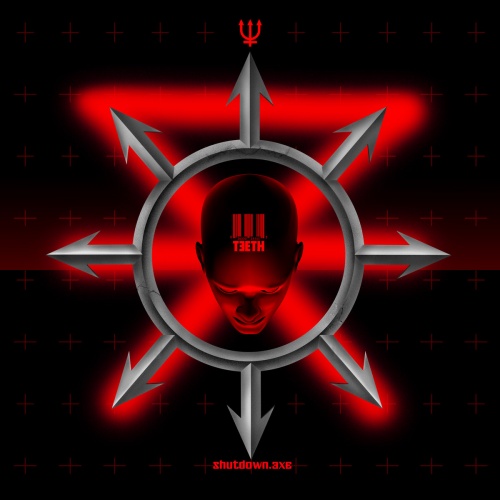 To date releases have been somewhat limited — a self titled (3Teeth) first album in 2014 followed by a sophomore effort Shutdown.exe which came out in 2017.  In Mexico, the band was playing in advance of a scheduled 3rd studio release (title TBA) which likely will be available in the spring of 2019.

Sharp and slick stuff — and if you are a connoisseur of high end industrial — you would be well advised to participate.

I also did see a great quote on-line by a fan recently which was pretty much spot on:  “When I listen to 3Teeth,” they wrote, “So do all my neighbours” (Perfect!)

This band are also masters of their own self-image co producing a series of highly impressive videos.   In particular we really like these two a lot!