I’ve said it definitively before …. but the notion is worth repeating.   We should all feel very privileged to be hard rock music fans within the Rammstein era. 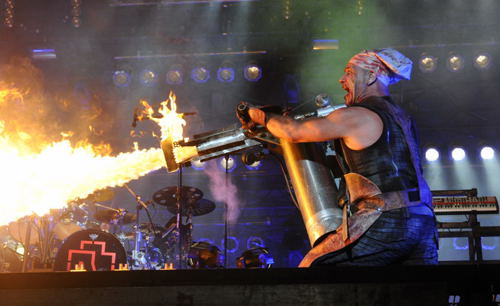 I cannot say enough about how memorable an experience it was to again witness this truly iconic group – who we connected with in back-to-back events held at the Explananda Flamingos* in Puerto Vallarta Mexico — on New Years Eve and then again Jan. 2nd.   Put simply — the word EPIC — may be a best short description.

(*We have posted more details about this very unique beachside venue itself in a separate post and photo gallery – you can link to that : HERE)

The P.V. dates were the #8 & #9 times I have attended a Rammstein show — and I was very quickly reminded — again — of exactly why I do it.

At both Puerto Vallarta dates Rammstein’s set lists proved to be a celebration of their long career which is now honing in on the 25 year mark! (they were first established in 1994).

Going into these highly anticipated events there was some internet buzz that Rammstein would be  publicly introducing some brand new material to it’s faithful followers for the very first time.   In retrospect, that was a fair fan expectation, because it is true that Rammstein are within the final recording process for their newest album (their first in 10 years) which is scheduled for release soon — probably this spring. 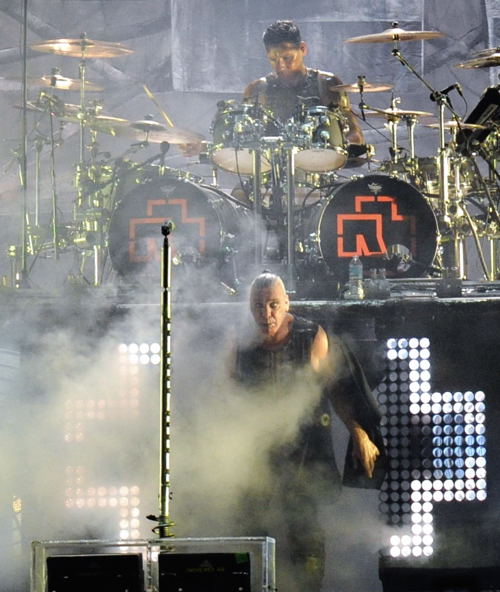 The reality for these shows was that instead they belted out familiar classic after classic songs in typical Rammstein style for this frenzied and friendly crowd.  But (I speculate a bit here) while Rammstein did not in fact play a new song in full — I believe there were some teasers within their set.   In particular an aggressive new and lengthy alternative start for their iconic song Du Hast featured some super sonic guitar bantering from Paul Landers and Richard Kruspe — which I had never heard before.  That was some simply breathtaking riffs and if that was in fact a taste (?) — get ready to dine fans! 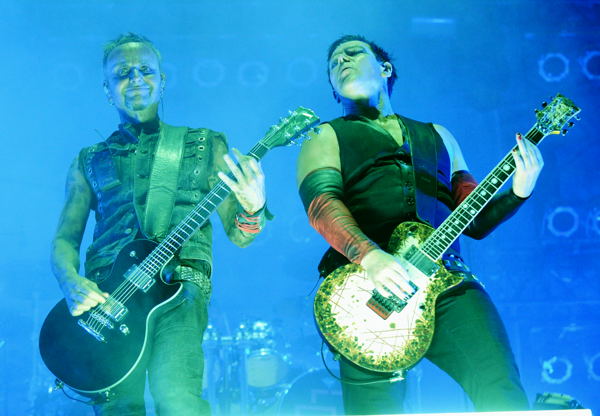 Of course we all know about Rammstein owning the word “live” when on stage.  Their highly choreographed showmanship for individual song presentations were of course undeniabley entertaining and memorizing — but I would offer up my comments on some sonic purity.

This band puts a lot of pre-event focus and science into all the venues they play.  More then most in the industry, they use very high tech sophistication to custom design their sound for the particular event they are playing.   I’ve always been amazed at how consistently crisp and sharp and superior Rammstein’s concert sonics are in comparison to others.   And believe me, playing outside near a beach at the Explananda Flamingos did offer up yet another special challenge for Rammstein’s tech people to harness all that.  During the event I frequently walked the venue up and down and from side to side and was blown away at both the consistency and balance of their sound no matter where you stood.  Oozing expertise!  I also saw something I’ve never seen before — during some songs you could actually see the sand under your feet bounce and dance — now how cool is that? 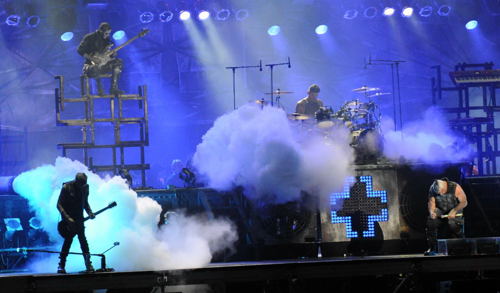 At Puerto Vallarta, one of the event t-shirts available included the German words “Leiht Euer Ohr Einer Legend” — which translates to “Lend Your Ear to a Legend” — a no more appropriate statement.

These events too did shine the light on the comradery of Rammstein’s worldwide community fanbase — which I am proud to say I am personally one of.  Here in North America, Rammstein are big when they come — but worldwide Rammstein’s popularity is exponentially much larger — it is monolithic.   This crowd was full of enthused fans from all walks of life, colours and creeds all driven by a common denominator.   There were no language barriers here and with flags waving from not only Mexico (and of course Germany) but also from all over Europe, North, Central and even South America — I found it to be very inspirational. 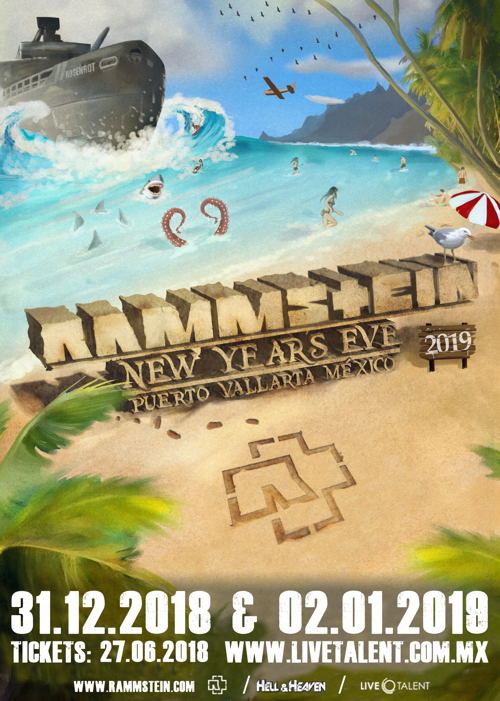 (Editors Note:  LMLCMedia would also like to offer a sincere and personal thank you for the kind accommodations and arrangements we received during our venture in from Canada from both Rammstein themselves and from event hosts Live Talent Mexico.…Danke schön Birgit Fordyce (Rammstein) Heike Kräemer (Noeke) & Gracias Cynthia Martinez (Live Talent Mexico)!….)